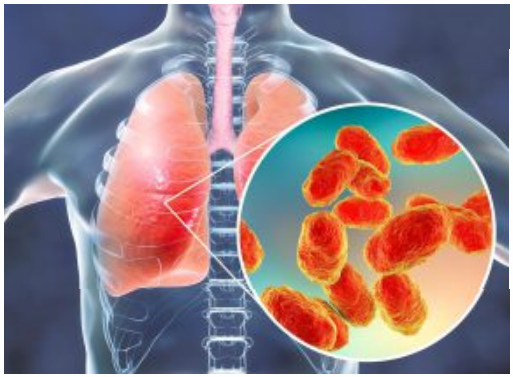 Pneumonia: inflammation of the lungs;

Bacteraemia/sepsis: bloodstream infection, with or without infection of secondary sites, e.g., meningitis;

Bacterial meningitis: infection of the membranes that cover and protect the spinal cord and brain;

Sinusitis, Bronchitis About 75% of invasive pneumococcal disease and 83% of pneumococcal meningitis occur in children aged 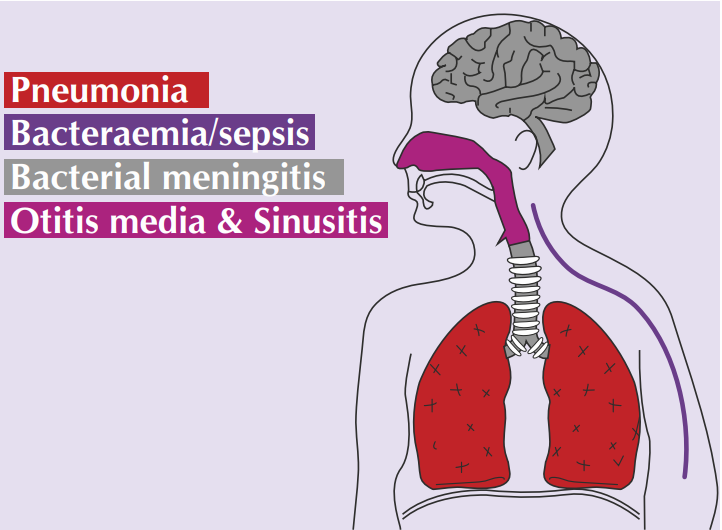 Pneumococcal disease is the name given to a group of diseases caused by a bacterium called Streptococcus pneumoniae (also known as pneumococcus). S. pneumoniae is a Gram-positive encapsulated diplococcus. The polysaccharide capsule is an essential virulence factor for invasive pneumococcal disease. Pneumococcus is classified into 93 known serotypes, based on the identification of differences in the composition of its outer capsule. The different serotypes have varying potential to cause disease with relatively few serotypes associated with severe disease in children. Globally, about 20 serotypes are associated with >80% of invasive pneumococcal disease occurring in all age groups; the 13 most common serotypes included in the PCV cause at least 70%–75% of invasive disease in children. Most illnesses are sporadic. Outbreaks of pneumococcal disease are uncommon, but may occur in closed populations, such as nursing homes, childcare centres or other institutions.

Pneumococcal infection is transmitted by direct contact with respiratory secretions from patients and healthy carriers. Transient nasopharyngeal colonization – not disease – is the normal outcome of exposure to pneumococcus. Disease is caused either by contiguous spread to the sinuses or the middle ear, aspiration into the lower respiratory tract causing pneumonia, or by invasion of the bloodstream with or without spread to other sites. Most acute respiratory infections result in mild illnesses. In vulnerable children, infections that begin with mild symptoms may sometimes lead to more severe illnesses, such as pneumonia – especially when they coincide with other illnesses like diarrhoea or malaria. HIV infection and other conditions associated with immune deficiency greatly increase the likelihood of contracting pneumococcal disease.

Pneumonia is a form of acute respiratory infection that causes inflammation or fluid in the lungs. It makes breathing difficult and limits oxygen intake. Symptoms include cough, chest in-drawing, difficult and rapid breathing, and wheezing. If infants are severely ill, they may also be unable to feed or drink and may experience unconsciousness, convulsions and even death.

Pneumonia is a severe form of acute lower respiratory tract infection. The lungs are made up of small sacs called alveoli, which fill with air when a healthy person breathes. When an individual has pneumonia, the alveoli are filled with pus and fluid, which makes breathing difficult and limits oxygen intake. Severe pneumonia or sinusitis can progress to bacteraemia/sepsis or meningitis, which require antibiotic treatment and have high mortality rates. 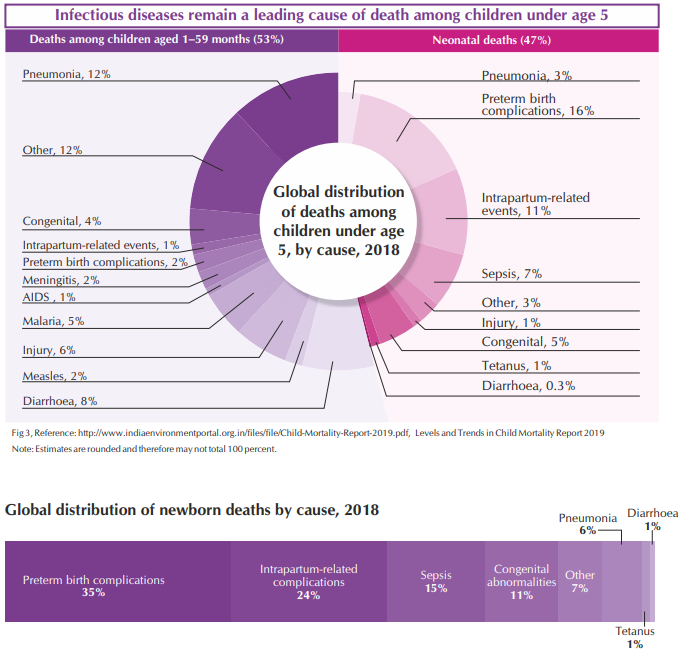 Pneumonia is a single largest infectious cause of death among children under five worldwide, accounted for nearly 8,02,000 deaths in under five children in 2018. Of those 1,53,000 (19%) died within their first month of life.

The high concentration of pneumonia deaths among poor and marginalized populations is a key marker of inequality both across and within countries, and much more needs to be done to reach the most vulnerable children.

Pneumococcal disease is the name given to a group of diseases caused by a bacterium called Streptococcus pneumoniae (also known as pneumococcus). Pneumococcal disease can occur in multiple organ systems, causing pneumonia, meningitis, bacteraemia/sepsis, sinusitis, bronchitis and middle ear infection Figure 4 looks at how child pneumonia death rates are changing over time. The vertical axis charts the death rate and the size of the bubble indicates the number of deaths caused by pneumonia in 2018 for each country, while the horizontal axis measures the rate of decline. It shows that in too many countries with a high burden of child pneumonia deaths the rate of decline is too slow. 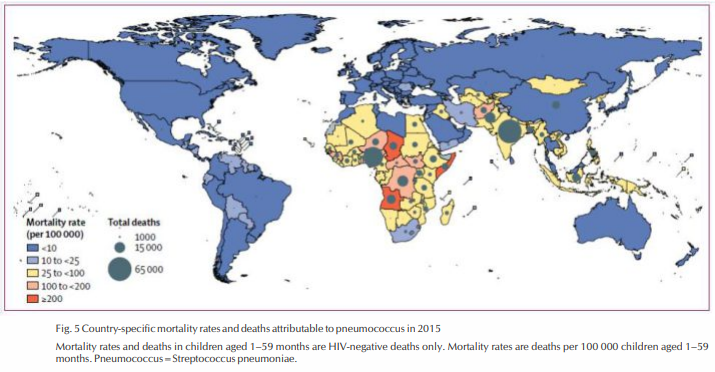 Nigeria had the largest number of child pneumonia deaths in 2018, followed by India, Pakistan, the Democratic Republic of Congo (DRC) and Ethiopia. Together, these five countries account for more than half of all deaths due to pneumonia among children under five years.

Pneumococcal infection, a common cause of pneumonia, remains the leading cause of vaccine preventable deaths and illness among children under 5 globally an in India. 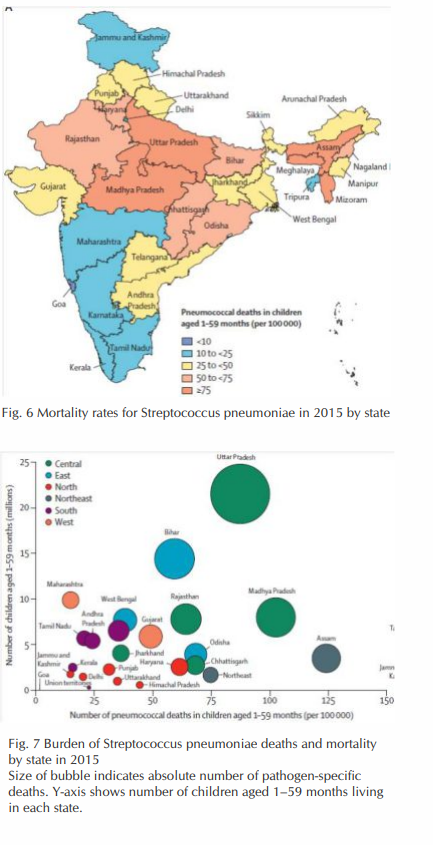